Ways to Enrich Our World

Social justice and tikkun olam (repairing the world) are central to our community.

Our community has always tried to infuse tzedek, righteous work that ends the ills of society, and tzedakah, righteous acts of kindness–the two pillars for tikkun olam–into all that we do. The specific projects that we engage in change with the times. in 2019, Rabbi Saks attended the Truth, Justice, and Reconciliation seminar in Montgomery and Selma, Alabama, sponsored by the Central Conference of American Rabbis (CCAR). We hope to offer programs on the topic of racial and social justice throughout the year. One such program is our ongoing drop-in book group; read more about it here. We were also pleased to welcome Dr. Marc Dollinger as our scholar in residence. Read more about his work and presentations here.

Show Up Network of the Maine Gun Safety Coalition

The dehumanization of individuals and the carelessness with which human life is taken during incidents of gun violence stand in direct violation of these affirmations of our tradition. We are called upon to take action to prevent the loss of lives and end gun violence.

The Tikkun Olam Council has decided to join the following project because it aligns with our Jewish values and Bet Ha’am’s mission of reducing violence in the world:

The Maine Gun Safety Coalition is a grassroots organization founded in 2000 to protect Maine families and communities from gun violence. They educate parents, administrators and the public about issues relating to gun safety, voice the concerns of their constituents to elected officials about gun legislation and provide free trigger locks to prevent the accidental discharge of weapons by children and unlicensed individuals.

The Maine Gun Safety Coalition is starting a project called Show Up Network (SUN). They have rightly concluded that the only way to get gun safety legislation passed in Maine is to make sure legislators hear from gun safety constituents in the same large numbers that the gun lobby is able to mobilize. Their goal is to facilitate gun safety supporters to show up, call up, email and text in large numbers too.

Sympathetic legislators have made one thing clear: Until gun safety advocates show up at the state house, email, and call in large numbers to advocate for laws that will save lives, they won’t be able to rally enough votes to pass life-saving gun safety bills.

Joining SUN makes you part of the solution. Sign up here to join the Mainers who will SHOW UP for gun safety. That could include literally showing up at the state house when important bills are being heard in committee, making a call to your legislators, or sending emails to let them know that Mainers are serious about preventing gun violence, injury and death.

Your information will be kept strictly confidential.

Our congregation is a community site for Greater Portland Family Promise. Along with our friends from Thornton Heights Methodist Church, we have at least 40 people engaged each host week. Our mailing list consists of about 135 interested Bet Ha’am members, unaffiliated, volunteers, and Thornton Heights volunteers.  Between 70 and 75 of all of the volunteers are trained by Greater Portland Family Promise to be direct volunteers with guests.

At this time, you can help Family Promise by donating Hannaford gift cards, in ANY amount, so that we can purchase food items (like snacks and perishables) for families in the program. Please contact our office to arrange delivery of gift cards. 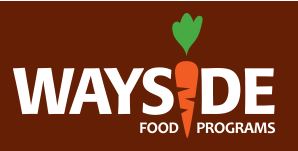 Congregation Bet Ha’am is partnering with the Wayside Food Program at a dinner site for elders and families living in a homeless shelter. On the fourth Tuesday of each month from 4:00-6:30 PM, Bet Ha’am volunteers will work with Wayside volunteers to set up, serve, and clean up. No cooking is required! Children who are 11 or older and accompanied by a parent or guardian are welcome. Please join us at the Salvation Army, 297 Cumberland Avenue, in Portland on the dates listed below. Please bring a cap or hat. For more information, contact Eleanor Goldberg at egoldbe1 @ maine.rr.com.

The Bet Ha’am community has provided a monthly meal to the residents of Friendship House for many years. Friendship House (390 Lincoln Street, South Portland) was built 30 years ago as a residence for men (and, initially, women) who were coming out of a rehab program and needed transitional housing before they could move into their own houses.
Each month, we coordinate a meal, asking 10-12 people to cook for about 8-10 (or more, if they are so inclined). There is a theme for each month, but no one has to adhere to it too closely. Food can be dropped off anytime during the day, as long as it’s there by 5:30, when dinner is served.
The residents love the food we make, and are deeply grateful for the support. Please join us in continuing this wonderful tradition. The dates are listed below. Please contact our office to find out how to help.
Due to COVID-19, we have had to suspend our participation.
Get the Newsletter